Report and images from final day of Somme Centenary Pilgrimage

Day 2 of the Somme Centenary Pilgrimage 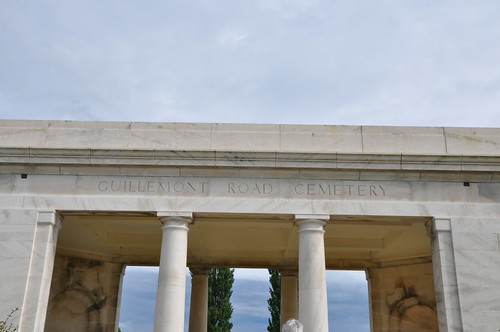 Pictures from the first day of the pilgrimage. 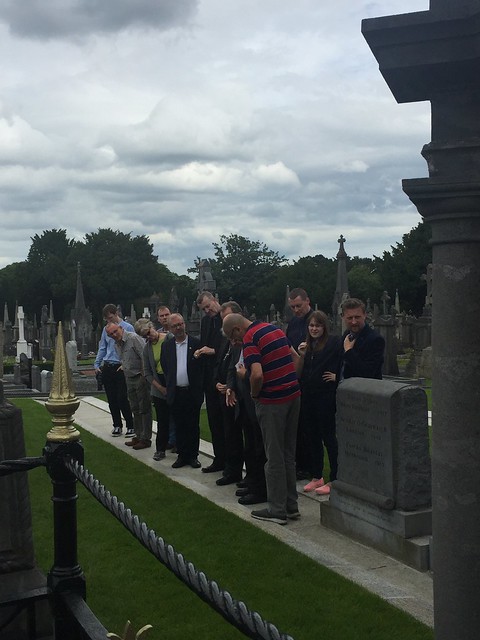 The Archbishops of Armagh, Archbishop Eamon Martin and Archbishop Richard Clarke, are leading a group of young people on a special centenary pilgrimage to significant sites at the Battle of the Somme from Wednesday 22 – Friday 24 June.

The Battle of the Somme also known as the Somme Offensive, was a battle of the First World War fought by the armies of the British and French empires against the German Empire. It took place between 1 July and 18 November 1916 on both sides of the upper reaches of the River Somme in France. It was the largest battle of World War I on the Western Front; more than one million men were wounded or killed, making it one of the bloodiest battles in human history.

The most significant moments on the pilgrimage will be: a visit and prayers at the new Memorial Wall at Glasnevin Cemetery in Dublin; the visit to the Ulster Tower in Thiepval, France; the wreath laying ceremony at the Menin Gate, Ypres, Belgium, both taking place on Thursday 23 June; and the visit to the Irish Peace Tower, Messines, Belgium, on Friday 24 June.

The Ulster Memorial Tower is a Somme battlefield memorial to the men of the 36th (Ulster) Division. It commemorates the heavy losses suffered by the 36th Division on 1 July 1916, the first day of the Battle of the Somme.

Every night at 8.00pm a moving ceremony takes place under the Menin Gate in Ypres. The Last Post Ceremony has become part of the daily life in Ypres and the local people are proud of this simple but moving tribute to the courage and self-sacrifice of those who fell in defence of their town.

The Island of Ireland Peace Park and its surrounding park (Irish: Páirc Síochána d’Oileán na h’Éireann), also called the Irish Peace Park or Irish Peace Tower in Messines, near Ypres in Flanders, Belgium, is a war memorial to the soldiers of the island of Ireland who died, were wounded or are missing from World War I, during Ireland’s involvement in the conflict. The tower memorial is close to the site of the June 1917 battle for the Messines Ridge.

The group will also visit graveyards and memorials linked to the 36th Ulster Division and 16th Irish Division including Thiepval Wood and Guillemont, as well as Newfoundland Park and Lochnagar crater.

Pilgrims will also have time to visit the site of the Christmas Truce, Tyne Cot Cemetery and Essex Farm and will pay a visit to the Memorial Museum Passchendaele 1917.

Speaking ahead of the centenary pilgrimage, Archbishop Eamon Martin said, “I am looking forward to being part of this special pilgrimage with Archbishop Clarke and with young people from across the country. The Battle of the Somme has left us with a haunting image we are all familiar with – the thousands of pale, white gravestones dotting the ground which symbolise the lives of the many who were lost. We go there, one hundred years after one of the bloodiest battles in human history, on a pilgrimage of prayer and remembrance. I hope that our shared pilgrimage will offer us time and space to reflect with our young people on the importance of peace in our country and in our world.”

Archbishop Richard Clarke said, “I am very much looking forward to this journey, which will I believe be far more than a purely physical journey for all of us. Coming as we do from very different contexts (both spiritually  and geographically) and also carrying very different understandings of our history, we have much to share with one another and much to learn, as we travel and pray our way through places that carry such huge symbolic importance for us all”