On November 14 1819, 200 years ago Bishop James Warren Doyle, better known as JKL, was ordained Bishop of Kildare and Leighlin. Known as a great educationalist and advocate and friend of Daniel O’Connell Bishop Denis celebrated Mass in the Cathedral of the Assumption Carlow in his honour.

This mornings’ Responsorial Psalm refrain is re-echoed in the Gospel acclamation about the word of the Lord remaining forever. It was the same word of the Lord that Bishop James Warren Doyle (also known as JKL) heard two hundred years ago on this very day as he was ordained Bishop of Kildare & Leighlin, successor to St. Conleth and the eleventh Bishop of the united Dioceses of Kildare & Leighlin.

I’ve often wondered what JKL would make of today’s Ireland, todays Carlow as he rests under the front of the altar here in the Cathedral? Of course, this was no Cathedral when he was consecrated, this was then Carlow Parish Church. The Cathedral was his magum opus. He lived to see it open, but took ill a short time later, dying in June 1834.

But the focus of todays celebration is marking his ordination as Bishop, exactly two hundred years ago on this day – 14 November 1819. The word of the Lord remains forever and continues to challenge us to live up to its ideals. The kingdom the gospel speaks of is of our own making by our actions and inactions in living up to that word and so we pray for God’s love and mercy …

One of my favourite places to pray in the Cathedral is right over there at the sculpture celebrating JKL, Bishop James Warren Doyle. It is the work of the artist John Hogan who won the commission for the memorial to JKL in competition with ten other sculptors. The work was finished in Rome in 1839, at a cost of £1,000 (“the willing subscriptions of the clergy and people of the Diocese and others”[1]).

James Warren Doyle was born at Donard near New Ross in 1786. His father, James was sadly six weeks dead when he was born. His mother Anne Warren was therefore his earliest teacher and a gifted one at that. He later attended the newly opened Augustinian school in New Ross, joining the Augustinian Order in 1805, not unusual in those days. The following year he set out for Coimbra in Portugal, returning to Ireland in 1808. His ordination to the priesthood took place at Enniscorthy on October 1st, 1809. After ordination he continued to teach with the Augustinian’s in New Ross.

He came to Carlow in July 1813, at the age of 27. He took up an appointment in Carlow College, St. Patrick’s next door. His role initially was teaching rhetoric, the following year he took up the position as Professor of Theology. Bishop Michael Corcoran had been Bishop of Kildare & Leighlin since 1815, but he was then already advanced in years on his appointment and didn’t enjoy great health. His health declined from the moment of his appointment. He died in Tullow on 22nd February 1819 and is buried in the Church there.

The priests of Kildare & Leighlin gathered the following month on March 23rd to nominate a successor and they recommended Bishop James Doyle. His nomination was approved by the Pope in August that year. On November 14th 1819, two hundred years ago today JKL, Bishop James Doyle was ordained Bishop in Carlow Parish Church, which was the footprint of this Cathedral, by the Dominican Archbishop John Troy, who was then Archbishop of Dublin from 1797-1823.

Hogan’s sculpture seems to depict a Bishop appealing to heaven for the re-evangelisation of his country. Erin, the country is represented resting on one knee, her body bent and humbled. Yet still very beautiful, her head resting on one arm while she strums the harp with the other. Hogan also is reputed to have been the sculptor of the Holy Family Statue on my right. He died in 1858 and is buried in Glasnevin.

Each generation makes its contribution to the Cathedral. JKL in building this Cathedral didn’t realise he was going to be the first to be buried at the foot of its altar. Some of the walls of the Old Parish Church have been the frame also for the Cathedral. The blocked doors, visible on the outside, remind us of the Parish Church of times past.

JKL was only 48 when he died, a coadjutor appointed because of his failing health. Still so young and yet in his fifteen years as Bishop accomplished so much. He fearlessly used the pen to defend the Catholic position in matters of education, politics and culture. A great friend of Daniel O’Connell, the great liberator, which is of itself the subject of a lecture, organised by Carlow Historical & Archaeological Society, delivered by the authoritative source on JKL, historian Tom McGrath, in Carlow College, St. Patrick’s next Wednesday night.

It is said that it was Doyle’s time in Coimbra that shaped him very strongly to speak on all matters on behalf of a downtrodden Catholic people. It was a striking contrast to what he found in Coimbra. In Portugal the Kings and nobles were all Catholic and the liturgy he experienced was splendid. While in Ireland being Catholic was essentially the religion of the poorest of the poor. Catholics were just about tolerated, liturgy celebrated in tumble-down cabins or in the open air. And it was into this Ireland that this man, we celebrate this morning, was ordained Bishop two hundred years ago today. 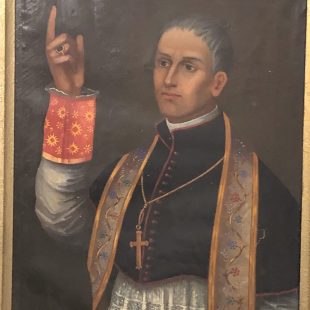 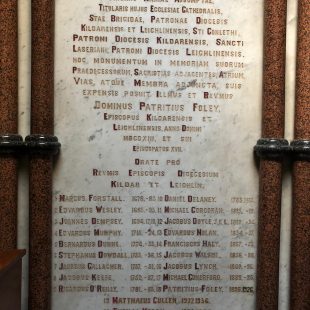 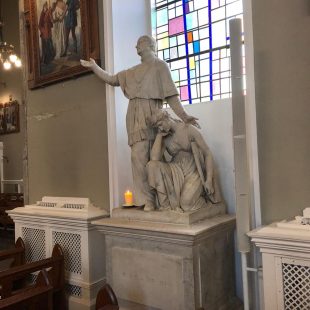 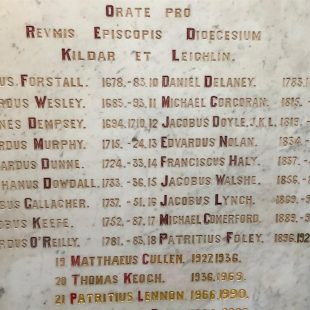 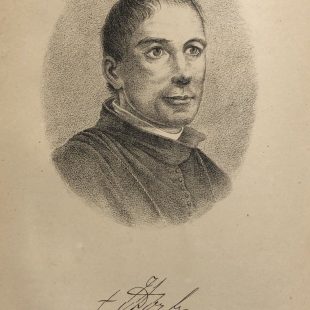